Head north on the M1 from London and take the A1 when it splits.

Go past Hatfield, Welwyn and Knebworth, and you end up in Stevenage. This town of about 86,000 lies close to Hertfordshire’s northern border and has preserved much of its heritage. The Great North Road of old passes through the centre of town, while many of the pubs in Old Town were originally coaching inns from centuries past. That is not to say that Stevenage is reserved for those wishing to relive days long gone, but it is a stark contrast to the Stevenage’s modern side. 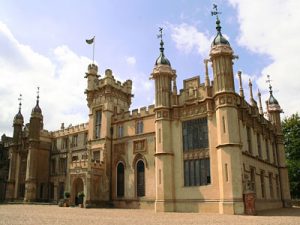 After the war, like many such towns just outside of London, manufacturers and builders in the transportation industry set up shop in Stevenage. And the jobs that these companies brought to the area attracted people to move and settle in Stevenage. A trend that continues to this day as Londoners who are fed up with the cramped quarters and the ever rising cost of living have set their eyes on Stevenage. Many commuters take the A1 directly into the heart of the big city, while others opt for a less harrowing experience by heading to the Stevenage Railway Station and taking the East Coast Main Line into London.

Even large corporations have started making their way into Stevenage.

To everyone’s surprise it seems that pharmaceutical and tech companies have taken a shine to Stevenage and the likes of GlaxoSmithKline and Astrium have erected labs and offices in Stevenage. Along with larger corporations come smaller business as well. So much so in fact, that the Stevenage BioScience Catalyst, an incubator of sorts for startups in the life sciences field, opened in 2011.

With so much intellectual property, classified materials and experimental data being housed in a small town, security is sure to be an issue. Cyber threats are always looming and can strike without warning. Undoubtedly, companies such as GlaxoSmithKline and Astrium have a crack team of IT experts that stand ever vigilant over their servers and systems. However, for smaller businesses, and startups in particular, this may not exactly be the case.

While large companies may have dedicated an entire floor of staff for all things IT, small businesses may only have one to three IT employees. For startups, who are most likely operating in the red and are cash strapped hiring IT technicians may not even be fiscally possible. Fortunately, there are services which invite these companies who may not have the current IT staff to outsource their duties. IT support companies are usually run by highly skilled and seasoned veterans of the IT industry. They can do everything from setting up a router, to installing an application, to building a server and yes, implementing cyber security measures.

An IT support company in Stevenage is a great option for smaller businesses as it means that they do not have to be locked into a financial commitment when taking on full-time IT staff. An IT support company can be engaged on a long-term basis, but they can also be engaged for specific tasks, such as the implementation and maintenance of the security systems. They let businesses focus on what matters most; growing revenue, engaging clients and fulfilling goals.

To find out more about our IT services in Stevenage and the surrounding areas, read here.

Amazing Support also provides IT Support in Hatfield and other areas near Stevenage.
[c2a]